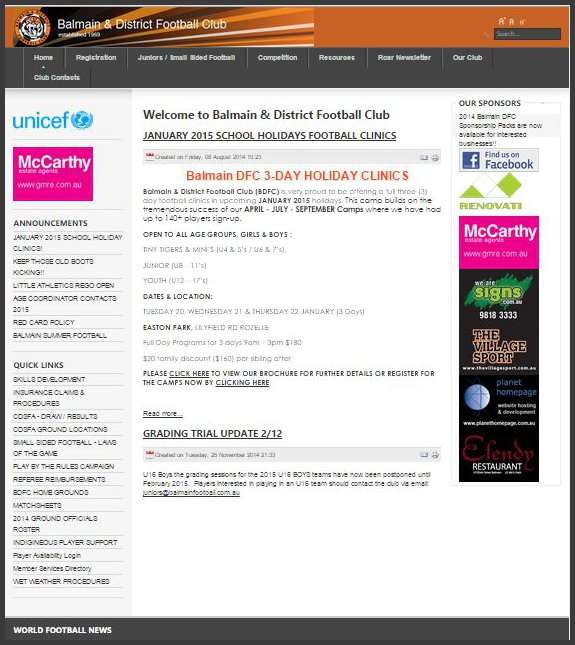 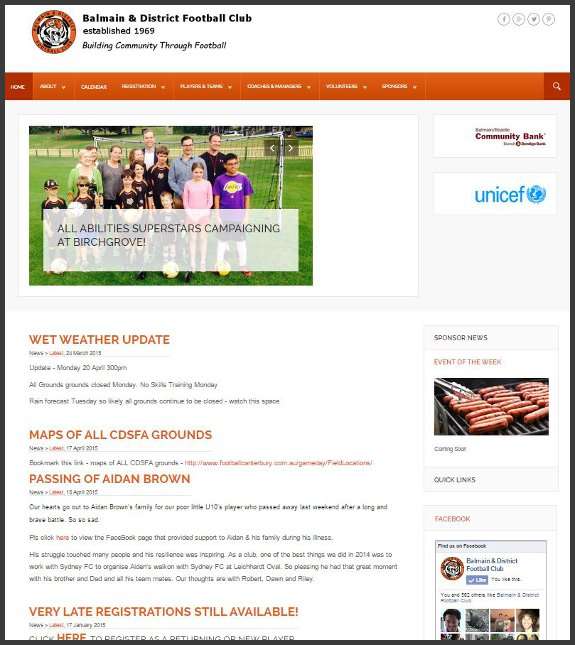 The Balmain & District Football Club was established 1969 as the Balmain Police Citizens Club Soccer Section and has developed into the biggest Sydney football club with 2000+ members. Our membership covers both male and female players and ranges from the Tiny Tigers to our 045s teams.

The club website was used as its main form of communications between the club and it’s players, however the website had a number of problems.

The Balmain Football club website had a number of issues :

Netology deployed a number of interactive features such as  Google Maps detailing the location of each playing field, club calendar and Facebook Like box