Balmain is one of the most beautiful suburbs in the inner west of Sydney located only 6km west of the CBD. It is green,  see the Sydney Harbour Bridge and the Anzac bridge. I was really surprised to find so many pubs when we moved out here, there are about 6 pubs with walking distance from where I am. 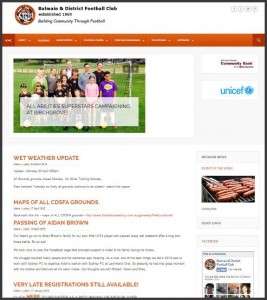 Since we have moved to Balmain, Netology has helped out the Balmain Football Club, by solving problems with web hosting. Netology eventually redesigned and rebuilt the website to a new mobile-friendly platform to serve the community better. We have consulted with a number of businesses  on  Google Search Engine Optimisation, web technologies and Adwords.

It was great to use some of our web design skills for a good organization such as the Balmain Football Club.

Netology was established to help businesses with their SEO, Web Design and Adwords needs.

* It should be Optimisation but we deal daily with the US, US websites and Google tools.

If you live in the Inner West area we would love to hear from you. We offer a FREE “1 hour test drive” for Web tasks which entitles you to tasks such as :-

You can always contact us and tell use what you want done.